In-depth knowledge of the latest IT threats and security trends.

The 2021 data breach marks the fifth time that T-Mobile has suffered a cyber attack since 2018. This is significant when you consider that T-Mobile has hundreds of millions of consumers with personal information that could potentially be compromised. Some of the cyber attacks against T-Mobile have been more serious than others.

There have been many recent cyber attacks on high-profile organizations over the years. Many cyber criminals attack large companies because they hope to take advantage of large troves of personal data, which they can then sell on the dark web. Other hackers are often motivated by other reasons, such as hacking on behalf of a particular group, country, cause, or government.

The 2021 data breach marks the fifth time that T-Mobile has suffered a cyber attack since 2018. This is significant when you consider that T-Mobile has hundreds of millions of consumers with personal information that could potentially be compromised. Some of the cyber attacks against T-Mobile have been more serious than others.

T-Mobile was founded in 1999 and its global headquarters are located in Bonn, Germany. The company and its subsidiaries have over 230 million subscribers worldwide. It operates the second-largest wireless network in the United States. T-Mobile and Sprint merged in 2020, with T-Mobile emerging as the surviving brand.

T-Mobile is actually a brand name used by the German telecommunications company Deutsche Telekom. The brand is active in the United States and in the Czech Republic, the Netherlands, and Poland.

T-Mobile generates billions of dollars in revenue, but it does have a poor reputation when it comes to cybersecurity. Many cybersecurity analysts believe that “state-sponsored” hackers specifically target telecom companies. A recent report suggests that Chinese hackers have been targeting telecommunications companies for years.

There has been a recent rise in companies affected by a ransomware attack, but the most recent attack was a bit more focused. T-Mobile has had data breaches in the past that have affected millions of customers, but this latest attack appears to have only affected around 400 customers. It also appears to have been a SIM-swapping attack.

The goal is to steal as much personal information as possible, likely for identity theft purposes. This cyber attack was less an issue about cybersecurity and more about cybercriminals exploiting either weak or reused passwords. Earlier this year, T-Mobile admitted that 200,000 customers had been affected in a separate data breach.

T-Mobile And Past Cybersecurity Issues

T-Mobile has suffered a variety of cybersecurity data breaches in the past. In 2018, hackers were able to breach the company’s email systems. The cybercriminals could take advantage of exposed information such as names, email addresses, and billing zip codes. The company admitted that somewhere around 2 million accounts were compromised at the time. Another 2019 data breach affected prepaid customers in particular.

In the latest attack, the telecom giant claims it recently discovered “unauthorized access” to customer account information. T-Mobile claimed that it immediately reported the cybersecurity incident to federal authorities and that the attack occurred in December 2020. There was yet another data breach earlier in 2020, where hackers could access T-Mobile employee emails. The telecommunications company sent out SMS notifications to all impacted users at the time.

Consequences Of The T-Mobile Data Breach

There have been many high-profile cybersecurity breaches and ransomware attacks on organizations of all kinds. The T-Mobile data breach is significant, and it was essential to an ongoing debate regarding lawmakers, cybersecurity, and consumer privacy. The fact that T-Mobile has so many customers has been a concern for lawmakers worried about foreign hackers – who continue to hack some of the most powerful companies in the United States.

It should not be too surprising that T-Mobile continues to be a target, especially considering that they are one of the largest telecommunication companies in the world. It appears as though the US government is taking cybersecurity more seriously these days, and there has been some action on that front.

Specifically, there are multiple pieces of legislation that have now been approved that focus on telecom security. Many of these cybersecurity bills enjoy bipartisan support. The legislation was created to strengthen telecom cybersecurity, and also to educate businesses on cybersecurity best practices.

Frank Pallone, the House Energy and Commerce Committee Chairman, stated the following about the introduced bills: “Today, I am proud that the Energy and Commerce Committee came together to pass urgently needed legislation that will promote more secure networks and supply chains, giving us one step closer to a safer and more secure wireless future.”

Malimar Technology Group consists of expert IT professionals and cybersecurity experts to help protect your business from cyberattacks such as the Solarwinds data breach. We can help guide your organization with respect to preventing cyberattacks in the future and offer seamless remote support to our clients regarding their IT needs.

We are one of the top cybersecurity companies in the San Diego area and offer services such as server/PC management, strategic IT planning, and server backup solutions. If you are interested in preventing cyber attacks at your organization, don’t hesitate to contact us for more information.

The Experian Hack: One Of The Biggest Modern Data Breaches

The Cyber Incident Notification Act Of 2021

Lorem Ipsum is simply dummy text of the printing and typesetting industry.

Your email address will not be published. Required fields are marked *

In-depth knowledge of the latest IT threats and security trends. 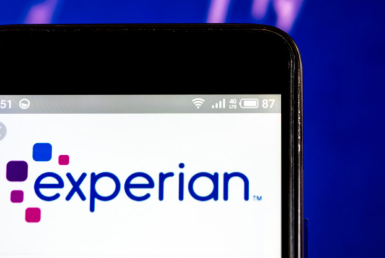 The Experian Hack: One Of The Biggest Modern Data Breaches

The 2021 data breach marks the fifth time that T-Mobile has suffered a cyber attack since 2018.
Read More

The 2021 data breach marks the fifth time that T-Mobile has suffered a cyber attack since 2018.
Read More 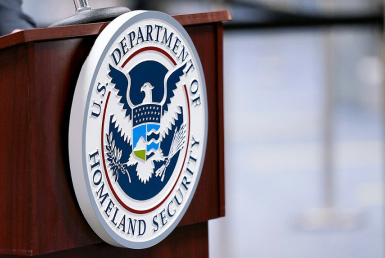 The Cyber Incident Notification Act Of 2021

There is an ongoing debate about how companies should report and deal with these cyber attacks,
Read More
Previous
Next
more articles